I don’t commonly talk about books on this blog, as it is after all a video editor blog. The only ones I’ve mentioned in the past have been technical books. But recently I read a book based on a blog I’ve been connected to for a long time, and I wanted to talk a little about it in hopes that I can introduce the story to more people and help the blogger’s foundation further. 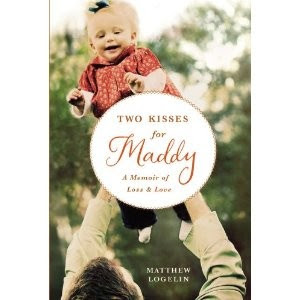 I started reading Matt Logelin’s blog in July 2008. He had started it a few years before that when he and his wife, Liz, had relocated from the midwest to southern California for their jobs. He began updating periodically for his family when Liz got pregnant with their first child. Madeline was born on March 24, 2008, about 9 weeks early. 27 hours later on March 25th, Liz was to finally go see her daughter for the first time. She stepped to the floor after 5 weeks of bed rest, walked to her wheelchair, and collapsed – a pulmonary embolism killed her almost instantly.

Faced with the sudden death of his wife and the prospect of raising his daughter alone, Matt went to his blog to air his feelings very frequently. The blog became the conduit through which he healed, connected with other widows and widowers, and developed a community of support first for himself, then for others. He began the Liz Logelin Foundation, a nonprofit that raises funds for widows and widowers with young children to help get them through the loss of an income. Matt’s blog has been very sobering to follow over the last 3 years. He talks very frankly about his life and how difficult it has been to raise his daughter alone. He often talks a lot about things you wouldn’t really think about, like how he spent nearly 8 months following his wife’s death without setting foot in their bedroom, or how being alone in her car, seeing reminders of her all over it from the diet coke in the drink holder to hair hair on the back of the seat completely broke him down.

Matt and Liz were frequent travelers and he spent much of their first year living together abroad in Bangalore for work, and he returned there with Madeline last summer to take time away to write his memoir, “Two Kisses for Maddy: A Memoir of Loss and Love”. The book is overall nothing new for blog readers, but it fills in many details and paints a broader picture of who Liz was as a person. The early blog entries didn’t talk about her in much detail obviously, so after reading the book, I feel another sense of loss for her I didn’t have before. I connected with Matt’s story differently. It’s a very sad book, but it’s also incredibly hopeful. The blog and book are a living testament to how life goes on when you really think it won’t. Matt’s healing is very inspirational to read about. With Madeline over 3 years old, she now looks almost exactly like Liz did, which adds another dimension of beauty and sadness to the story.

I highly recommend going to his blog and checking out the book. Matt seems like a great guy and an outstanding father. His mission in life now is to raise Madeline to know her mother who she only briefly met, and to take her to all of the places he went to with her mom. The memoir is as much a love letter to Liz as it is to Madeline, in different ways.

One of the best parts of the blog is somewhat hidden (a category called “-“). It’s photographs of Madeline doing different things periodically, with a letter written to her for the future. It’s intensely personal and heartfelt, and will certainly be treasured by Madeline once she’s old enough to understand it.