It took place at the Monkey’s Tale, a bar with a nice outdoor patio area in Indianapolis. 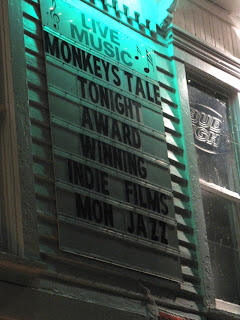 Several other award-winning 48 Hour films also screened revised version of their films, so it was interesting to see the little changes that were made in the last month. It was also interesting to see a couple of films that weren’t in our screening group. One of the films, Silent but Deadly, was created completely by novice filmmakers but still managed an audience award because what it lacked in production value it made up for in creativity. I think that’s one of the coolest things about the 48 hour film project, a much more level playing field than other contests. 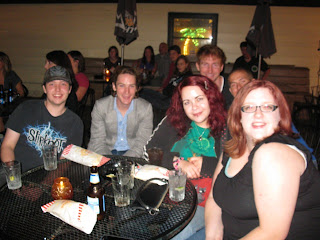 The Monkey’s Tale set up a red carpet, a walk of fame with stars, and popcorn and movie candy. The films were projected outside on the building so people could also see them as they walked through Broad Ripple (the bar district). 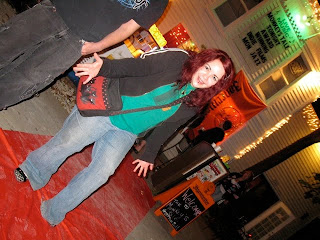 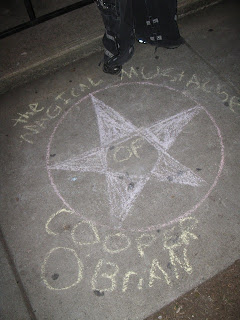 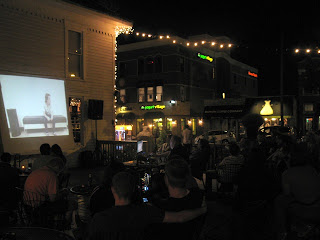 We also got a chance to talk about our film for a bit and answer some questions. 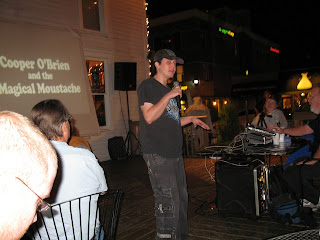 It was nice to be invited to a screening, and thanks to Jae with Monkey’s Tale for putting on this event. I hope it’s a regular affair soon. 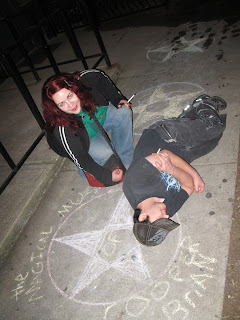 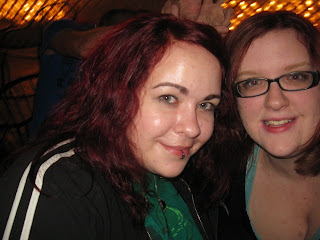