The screening of our film at the IMA went really well. The theater ended up being sold out and we had a huge group of people there supporting us. When our title slide came up on the screen, I could feel an air of tension among my group members. It was extremely gratifying to be in a crowded theater watching your work on the big screen, hearing people reacting and laughing. I see the appeal. Our film was definitely a stand out among our group, technically and from a story-telling perspective. We had a great time sitting in the IMA’s cafe drinking cocktails while we waited for the awards to be decided.

Our film won one award – best musical score. We were so happy to win it because it took a lot of our time, and plus it was our first year participating, so we were glad we were able to snatch up something. 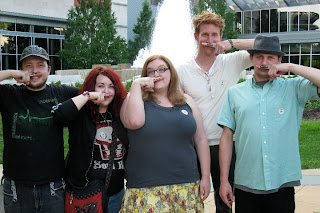 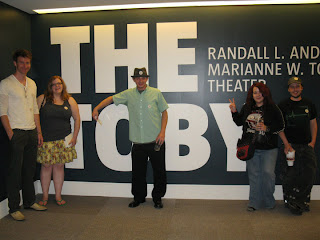 We’re going to meet up and go back through the film to make it stronger and submit it to a few other small short comedy festivals and see what happens. Here’s the final product as it was at 7 PM on August 1st: